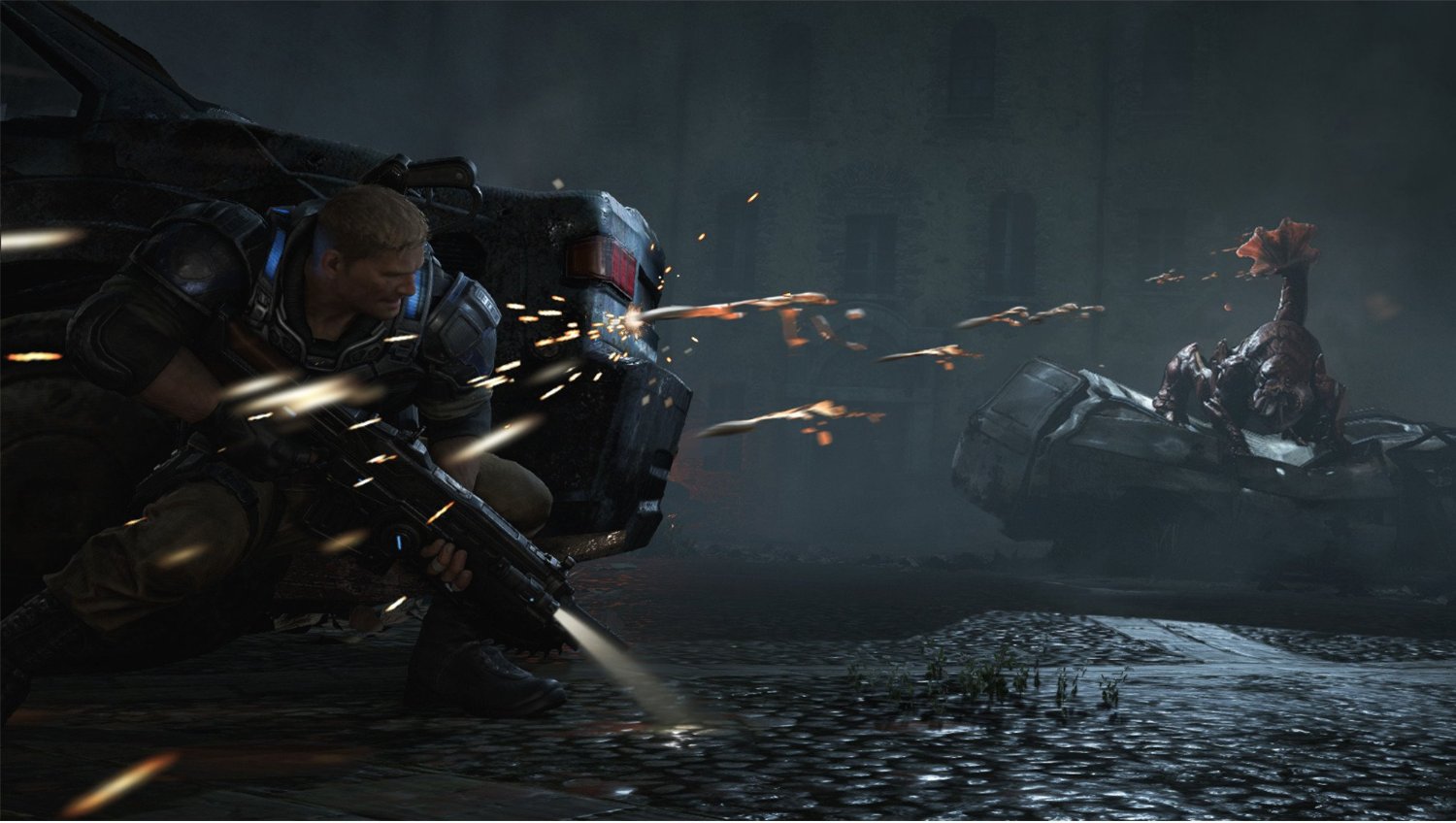 A new saga begins for one of the most acclaimed video game franchises in history. After narrowly escaping an attack on their village, JD Fenix and his friends, Kait and Del, must rescue the ones they love and discover the source of a monstrous new enemy.

Horde 3.0: Team up with four others and battle wave after wave of increasingly difficult enemies by choosing your combat class, leveling up your skills and deploying fortifications anywhere on the map.

You thought the story was over, but in many ways, it's just the beginning. Gears of War 4 puts you in the role of the generation of Gears as they have to try and find out just what is taking their family members away, and put a stop to it once and for all. The game is bigger, more refined, with old and new elements coming together in a way that makes the game truly shine.

New weapons will give you new options as you try and kill all the enemies that cross you path. New team-play mechanics will allow you to better work with your Gear partners to ensure no one gets left behind. You will truly never fight alone.

The echoes of the past are calling out, and that not only applies to the enemies in the game, but some of the familiar faces you'll see as well. As former main character Marcus Fenix appears here too. Gears don't go away.